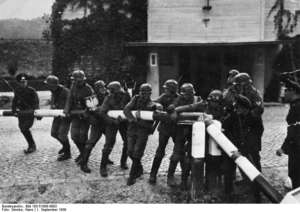 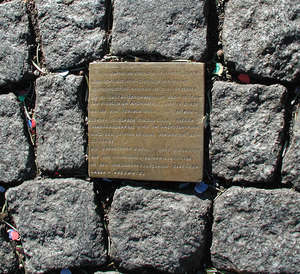 Back in 2011, we received an inquiry from an Australian client who had been born in Rotenburg/Wümme, Germany shortly after World War II. Her father had been stationed there as a soldier in the German air force. After a short British war imprisonment he decided to return to his wife and two children to his home town Vienna, Austria. This decision meant that he left the mother of our client and his illegitimate daughter, our client, even before she was born. After these events the family of our client never heard of the man again.

After 65 years, the daughter finally wanted to know who her biological father was - what kind of person had he been, had he lived a happy life, when and where had he died? She hoped to find answers to all these questions with our help.

In Germany and numerous other European countries, on May 8th the End of World War II and National Socialism in Europe are commemorated.

It is the anniversary of one of the lesser-known war crime trials after the end of World War II, which were first initiated by the Allied Forces (such as the Nuremberg Trials 1945-49) and later also brought before German courts (Auschwitz Trials in the 1960s and -70s): The “Neuengamme Main Trial”.

November 9th is a special day in German history. Four times in the 20th century has this day made history – in positive and very negative ways. This is why today a lot of commemoration festivities are taking place all over the country. They remember the crimes as well as the positive developments that are forever connected to this day.

On November 9th 1918 seamen that were tired of the war revolted against the command to once again go out to sea to fight against England. World War I had cost about 10 million lives and double as many were wounded, people were exhausted. The revolt spread like wildfire over the whole country. The November Revolution led to Emperor Wilhelm’s abdication and the formation of a German Republic with a government that was legitimated by democratic vote.

Today, on World Food Day, the media focus especially on the food situation in areas of crisis all over the world, informing the public and appeal for donations. Here in genealogy research, our thoughts immediately go to our ancestors that, especially in Germany, these problems were a big issue not very long ago. It has been only one or two generations since World War II led to a catastrophe for the German civil population and the food shortage took a lot of imagination and cunning to be able to feed a family. Our parents or grandparents tell us so many stories about the creativity that was needed to get something to eat and of the trauma the hunger caused.