The ancestors of our client were from Fahrenhaupt - a former estate that since 2004 belongs to the quaint and scenic city Marlow in Mecklenburg-West Pomerania. They immigrated to the US in 1850 where their descendants still live today.

And as of late there is one descendant more! Recently, a granddaughter of our client was born. His daughter and her husband decided to name her after the place the wife’s ancestors came from - Marlow. Since the baby girl was born on 01 November at 11 p.m., a nurse called her “lucky girl” - due to the lucky number 11111. Therefore, Marlow’s middle name became Lucky.

Marlow Lucky has indeed been a little lucky with her first name already. Our colleague Ralf Stullich who did genealogical research for the grandfather, thought that the reason for the name was so cute that he spontaneously called the city hall of Marlow. And they did not hesitate for long either. Little Marlow Lucky has received a nice welcome package from Marlow that was sent to the US - including a letter from the major of Marlow himself. Of course, some reading material on Marlow was not lacking either.

The parents surely appreciated the gift and for Marlow Lucky it will always be a nice reminder of the origin of her name. What great preconditions for a lifelong passion for genealogy!

We wish the family and little Marlow Lucky all the best for the future (and obviously all the luck in the world) and hope that they soon will have the opportunity to visit Marlow in Mecklenburg-West Pomerania. 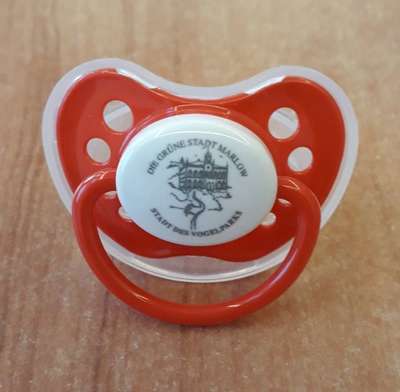