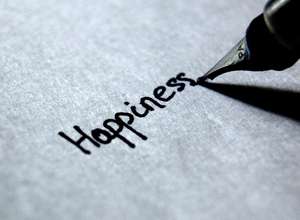 This wasn’t always the case though: In the early days of photography not only was it possible to take a picture of yourself, technically, but image-making was rare, expensive and something special. Often such portraits and group pictures were carefully kept for generations and this is how we come across them during our research today. But our ancestors, in contrast to ourselves on similar photographs (at family gatherings, for example) today, do not make for happy motives. They look stern, almost as if they were in a bad mood, standing or sitting stiffly and often do not look directly at the camera. Why? Did they not want their picture taken?

No, there is another reason: When photography was still in its early stages it had different functions from todays. Photography was an ‘event’. It was rare, elaborate, and accordingly people were only able to afford few and far between (also depending on their social position of course). Images often were non-reproducible. So, if a picture was taken the result had to be representative. And representation was, literally, no laughing matter; one had to look serious.

This, by the way, is not the only aspect of social (portrait) photography which has changed considerably since the 19th century. Back then it was common (mostly in the bourgeoisie) to photograph deceased family members – not only on their death bed but sitting upright, as if still alive. This tradition, which disappeared in the middle of the 20th century, was called “Post-mortem Photography” or “memorial portraiture.” Mostly pictures of children were taken. This seems strange and macabre to us nowadays.

That is how our cultural understanding of what belongs to a photograph, and what does not, has changed.