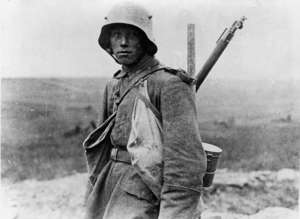 November 9th is a special day in German history. Four times in the 20th century has this day made history – in positive and very negative ways. This is why today a lot of commemoration festivities are taking place all over the country. They remember the crimes as well as the positive developments that are forever connected to this day.

On November 9th 1918 seamen that were tired of the war revolted against the command to once again go out to sea to fight against England. World War I had cost about 10 million lives and double as many were wounded, people were exhausted. The revolt spread like wildfire over the whole country. The November Revolution led to Emperor Wilhelm’s abdication and the formation of a German Republic with a government that was legitimated by democratic vote.