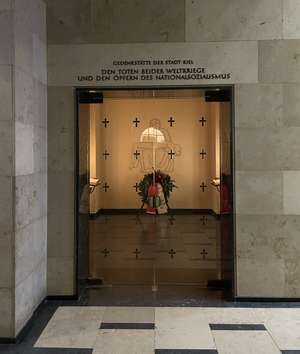 The golden October is over. The holiday season has not yet begun. Fall has arrived with rainy showers and the first storms of the year.

However, November has always been known as the "Month of Mourning" or even the "Month of Remembrance" not because of the weather. The Sunday of the dead, All Saints' Day, All Souls' Day or also the People's Day of Mourning fall in this month. On these days, the deceased are remembered, which is why they are also called silent holidays. 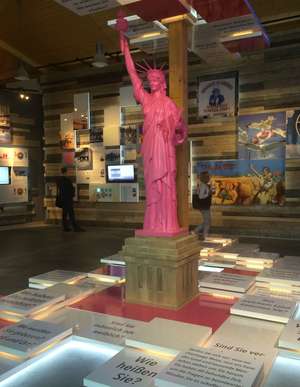 Did your ancestors (or their family members) emigrate? If they did, you are probably interested in learning more about their journey and the conditions the might have had to endure.

Hopefully, our blog series on emigration from Germany can give you some interesting insight. If you would like to get a more direct feeling, emigration and immigration museums can be a great way to walk in your ancestors footsteps. We can highly recommend the following ones.

Many of them will also give you the opportunity to access documents and information that could help with your genealogical research.

Are you looking for traces of your emigrated German ancestors in their destination country? Then you are exactly right here, because after we have already presented a number of sources and contact points in Germany recently, today will write about sources for research in the respective immigration countries (destination countries).

Of course, these differ greatly according to the respective country of arrival/immigration so that we can only give an overview for some countries here.

Some of the sources are also available online through a wide variety of platforms (including paid ones). As always in genealogy, you should keep an eye on the seriousness and reliability of the source before adopting the information.

You do not even know where to start? Of course, we will be happy to try to help you with your research abroad. Please contact us!

Emigration from Germany: Sources for research in Germany

If you have found among your ancestors some who dared to emigrate despite all the risks of the journey and adversities of arrival, you may want to shed more light on their path. But how do you go about it? Here, as in other genealogical researches, there are always various possibilities, depending, among other things, on the circumstances in the various states and countries.

Emigration from Germany: Sources for research in Germany

Why can't I visit my ancestor's grave? 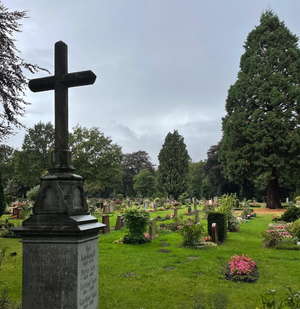 Today we would like to address a frequently asked question from our foreign clients, the answer to which always causes astonishment.

In the USA and also in other countries, graves are usually laid out for eternity. In Islam or Judaism, too, eternal rest for the deceased is supposed to be guaranteed. Accordingly, we often receive inquiries about the resting places of ancestors to be visited during a trip, or requests for photos of the gravesites. Unfortunately, this is often not possible in Germany.

Of course we can try to find out where an ancestor was buried, but whether the grave still exists is a completely different question.

Why can't I visit my ancestor's grave?

How it all began 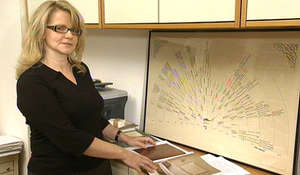 On 01 July 2004 I started my own business with my hobby, genealogy, and founded Beyond History. Looking back, this was one of the best decisions I ever made - even though it was not always sunshine and roses. I always like to remember the beginnings and would like to take you with me today on a short journey through the history of our company.

How it all began

Coming of age - then and now

Finally being an adult and thus beeing self-determined! The age of majority is often longed for. In Germany, for example, you have then full legal capacity to conclude contracts of all kinds, the ability to legally buy alcohol and tobacco products, to go to nightclubs, to vote, to freely determine your place of residence, and to marry without the permission of your legal guardians or a family court. However, you also have to live with the consequences of your own actions.

To be considered legally as an adult has therefore advantages and disadvantages (even if there are still transition periods e.g. in the criminal law). In the last 150 years or so, the legal age of majority in Germany has been lowered several times. Today it is 18 years.

For genealogy the age of a person and especially the age of majority play a not unimportant role, too. Depending on the age of a person, other sources may become relevant for the research. Also additions like "volljährig" (of full age), “grossjährig” (of “great” age), "majorenn" (from Latin majorennis which comes from maior annis, meaning greater in years), "major" or, in contrast, such as “minderjährig” (minor), “halbwüchsig” (half-grown), "minorenn" or "minor" can also help to determine the approximate age of a person and thus, for example, to find out (or at least to find a hint) which of potentially several persons with the same names a particular one might be.

Coming of age - then and now

Hamburger Feuerkasse - the oldest existing insurance company in the world 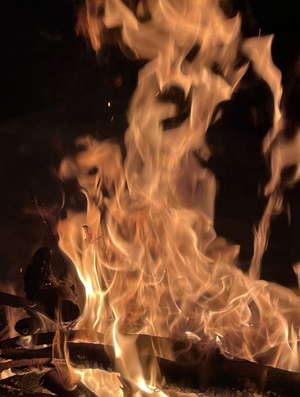 On 30 November 1676, the General-Feuer-Cassa - the world's first insurance company still in existence today - was founded in Hamburg. The city's pre-existing fire contracts were combined and a public insurance company was created, which still exists today under the name Hamburger Feuerkasse, albeit now as part of a large insurance group. The historical holdings stored in the State Archive Hamburg are also relevant for genealogical research.

Hamburger Feuerkasse - the oldest existing insurance company in the world 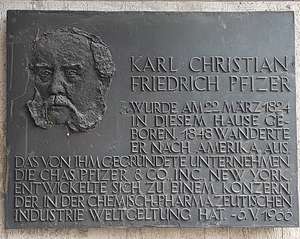 The pharmaceutical company Pfizer is one of the largest in the world and internationally known - currently especially due to the cooperation with BioNTech in the development, production and distribution of the first vaccine against COVID-19 "Comirnaty" (usually better known under the company name BioNTech), which was approved in the US, Europe and many other countries. But did you know that the company was founded in the US in 1849 by two people from Ludwigsburg, Germany? 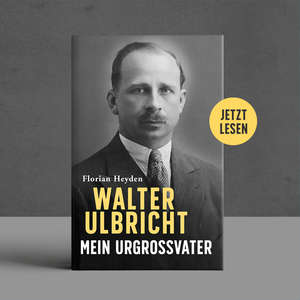 On 29 September 2021, the revised and expanded new edition of the book by our client Florian Heyden is published in German: “Walter Ulbricht. Mein Urgrossvater” (Walter Ulbricht. My great-grandfather). It was an honor to be part of the research for this book.

Sophie Scholl - Face of the Resistance 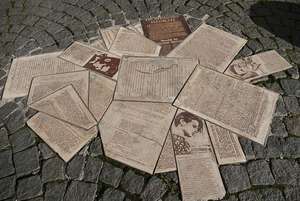 Sophie Scholl is one of the most famous persons of the German resistance against National Socialism - worldwide. She was born Sophia Magdalena Scholl in Forchtenberg on 09 May 1921 and was executed in Munich on 22 February 1943 - aged only 21.

Sophie Scholl - Face of the Resistance

Dancing into May on Walpurgis Night… 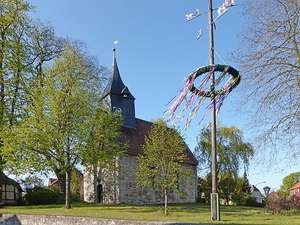 The transition into the merry month of May in the night from 30 April to 01 May is until today celebrated in many places in Germany and Europe in different ways. The cold season is replaced by the warm season and "evil spirits" are supposed to be driven away.

Dancing into May on Walpurgis Night… 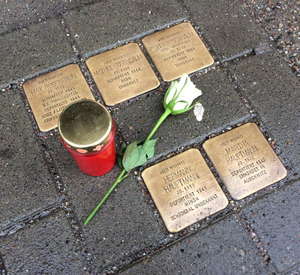 Since 1996, every year on 27 January Germany commemorates the Day of Rememberance for the victims of National Socialism. Explicitly, in order to remember all victims of National Socialism. The commemoration day refers to the anniversary of the 27 January 1945, when the concentration and extermination camp Auschwitz-Birkenau was liberated by the Red Army. For the same reason the day was declared International Holocaust Remembrance Day by the United Nations in 2005. It is now commemorated in various European countries. 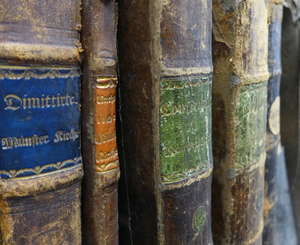 German church books, Source and copy right: Archion.de (https://www.archion.de/en/). We would like to thank them for the permission to use the picture.

We did not forget our top 10 sources for genealogy. How could we? After all, we are working with them on a daily basis. Today we would like to share some information on church books in Germany.