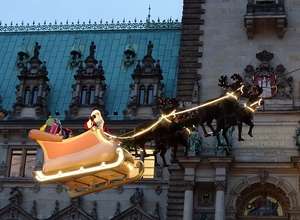 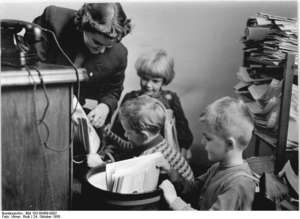 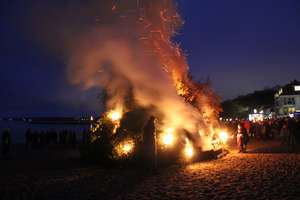 Every year on 21 February the communities on the North Frisian islands, on the coast and in Southern Denmark say goodbye to winter by lighting bonfires shortly after sunset. Every community and even some farms have their own bonfires. Today the contents of the fires are old Christmas trees and decorations. 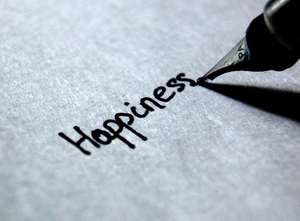 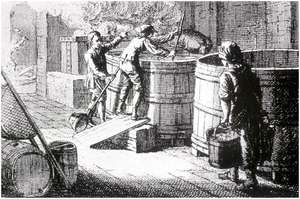 The topic “Eating” and “Nutrition” is (Caution: a pun!) on everyone’s lips at the moment.

Be it low-calorie, vegan or lactose-free – there is something to cater for all tastes these days, as long as it’s healthy and balanced! Little helpers nowadays are nutrition apps and food ‘traffic lights’.

According to the German dictionary, the term "first language", or "mother tongue" describes "a language that a child learns (from its parents) [and that it uses primarily]". Hence language is a cultural good that is part of us from an early age on and that makes us part of a family or community.

But all languages are not created equal: while doing genealogical research you discover that language and scripture change over time, new meanings develop for certain terms or they disappear from the language usage completely. While doing genealogical research, we often come across terms which are dated: In case our ancestors got married in the 19th century, they arranged a “copulation” [marriage]. At a christening feast there were „Gevatter“ [godparents] standing at your side.

Today on February 2nd 2016, King Willem Alexander and Queen Máxima celebrate their 14th wedding anniversary. Prior to their wedding there was made a big fuss about it since Máxima neither was aristocratic nor had she a proper ancestry.

While doing genealogy research and reading about marriages of our ancestors nowadays, we ascertain that love was not the main reason for contracting a marriage. During the filming for "Das Geheimnis meiner Familie" [„The secret of my family“] with Christine Neubauer the Historian Dr. Martin Ortmeier explained that only 2 % of the marriages contracted before 1900 were contracted because of love (click here to see the film - in German only). 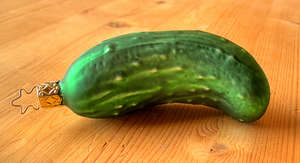 A German and not-so-German Christmas tradition at the same time.

A few years ago we received a “Happy New Year” card from a client, she told us she had spent Christmas and New Years Eve with her children and her grandchildren. They were delighted by the German Christmas Tree and this year it was Peter who was the first to discover the pickle. Pardon me? A pickle in the Christmas tree?

At first we thought this was a typo as even during living for 10 years in New York, I never came across a pickle in a Christmas tree. So we went back to that client and asked her about this. She instantly and told us that even her grandparents had followed this German tradition of having a Christmas pickle in the Christmas tree.

Tomorrow night, the night from December 5th to December 6th, the „Klaasohm“ will be walking abroad again.

This old custom is said to date back to the time when the mostly poor population of Borkum earned a little bit extra by whaling. In late autumn and after long absence aboard ship, the men returned to the island which had been firmly in the hand of the women during the summer. In this special night the men come to claim back their supremacy.

So what exactly happens in this night? 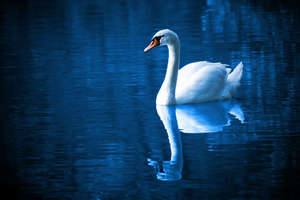 When you visit Hamburg there is a distinct difference between going for a walk around the Alster or along the Elbe. As a native your cultural milieu will factor quite a bit into the decision where your steps will lead you. The same can be observed for the local soccer teams HSV and St. Pauli or if you live on the “right” or “wrong” side of the Alster. 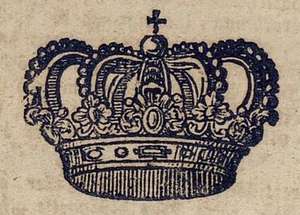 When working with historical records and church book entries, unfamiliar professional titles let you pause and leave you puzzled regularly. Often the titles refer to occupations that don’t exist anymore or whose names have simply changed: The “oeconomus” for example might be called janitor, or, in a more modern way, facility manager today.

When our parents, grandparents or great grandparents went grocery shopping, it sure looked different from today. Shops were smaller, the range of goods was limited and you couldn’t check what you needed for that special lasagna recipe on your smartphone in the middle of aisle 4!

But shopping also had a different sound back then. The monotone beeping at the check-out is something we are used to today. But it is the sound of one of the greatest supermarket innovations of the 20th century: I’m talking about the barcode-system. On 26 June 1974 the first product marked with a barcode was registered: It was a pack of “Juicy Fruit” gum in a supermarket in Ohio.