News
You are here:  News 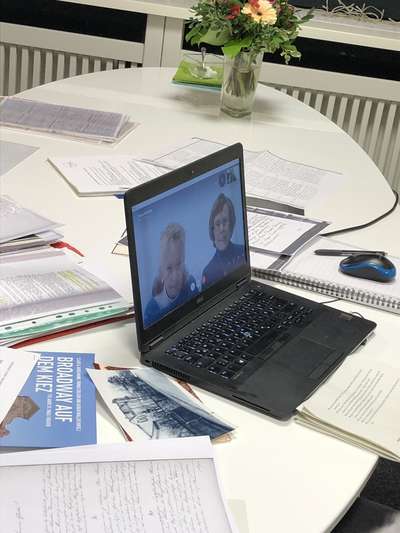 One of our most exciting genealogy projects was retold on the German television station NDR. On 05 February 2019, Andrea Bentschneider was part of a short film of the evening show DAS!. The show was broadcasted on NDR between 06:45 and 07:30 p.m. German time.

The Antarctic researcher Jölund Asseng was on the red couch of the show. The name gives a hint that he might not only have German roots. However, Chinese ancestors seem a little surprising. Therefore, the program was not only about Antarctica, but also a little about ancestors and genealogy.

This subject was picked up by a short film with Andres Bentschneider. It is not only be about our exciting work, but also about one of our most interesting cases. The filming took place at the State Archive Hamburg, at the St. Pauli theater in Hamburg and at our office. The story of Theodor Damm, a bustling theater director in Hamburg, and his illegitimate children will be told. Two of his descendants from the US have a say in the film as well - via Skype.